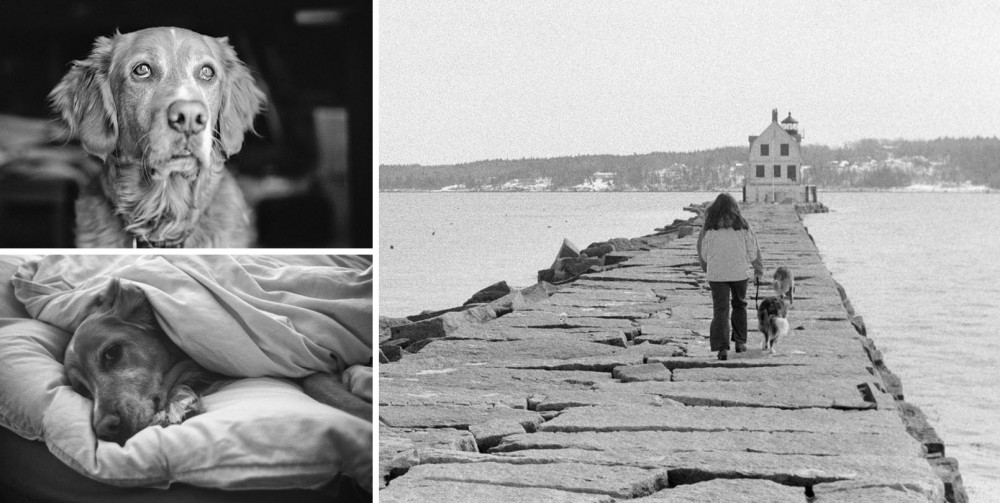 Wesley and I were walking with a girlfriend of ours on an old cobbled sea wall that extended far into the waters off the coast of Maine. It was early 2007, I think, and the wall stood steep above the water a good 6-10 feet. The surrounding harbor was dotted with rich sailboats and buoyed lobster traps, all gently bobbing up and down with the ocean waves and our unhurried stroll. It was the kind of setting you’d read about in books and imagine if you were so romantic. My friend and I were holding hands and enjoying our conversation, while Wesley followed behind, raced ahead, fell back, raced ahead, and so on.

Wes has always had a penchant for wandering off, curious with everything and everybody. A trait I celebrate, but one that often left me shaking my head. He shared my ability to get into mischief no matter how difficult the mischief was to achieve. In this moment, given the width and confined length of the sea wall, I was relaxed in the knowledge that he could roam free, but not far. And this is how we spent some time that day.

Fully present in the hand and moment that we were all having, I was suddenly startled by the loud splash I heard behind me. I didn’t see Wes in front of me, or behind me, instead surprised to find the source of the splash was him. Hundreds of yards from shore, Wes had jumped on his own into the cold ocean below. He was swimming with great intent, and was heading… straight… for… a large orange buoy, with lobster trap below.

After my initial shock at his daring it occurred to me what he was doing. I became more proud than worried. He wanted lobster, and why shouldn’t he want lobster?! My friend was horrified and very concerned. My reaction was conflicted. I was like, “Wes, come back!” “No, get it!” “Come back!” “Go get it, Wes!” The water was cold and there was no apparent way to get to him. I’m happier in the belief that he knew there was lobster attached to that buoy. I could think of no other reason why he would dive after it. Tennis balls are yellow, and much, much smaller.

When Wes made it to the nearest buoy, maybe 20 feet out, he dunked his head beneath the water to grab the base and thick rope in his mouth. He was fervently paddling and trying to pull it. Two problems I saw: 1. That trap was heavy and it wasn’t budging. And 2) Where did he intend to take it? It was a long way to shore, and the sea wall was almost completely vertical. I don’t think he thought the whole thing through. He wanted lobster, so he just jumped.

Wesley swam and swam, more determined than I have ever seen him. He snorted in the waves, splashed with his strokes, and stayed focused on swimming back to somewhere not water—to somewhere he could bask in the accomplishment. I was clinging to the side of the wall, nearest I could get to the surface. I was congratulating him, encouraging him, and begging him to swim to me. This went on for some time and I too started to worry a bit. I reluctantly encouraged him to let go, leave it, and come back. Though he finally did, it was not without completely going for it with everything that he had. He swam to me, cold and disappointed, and we both scaled back up the side of the wall to my worried friend looking on. With the concern set aside, she was now shaking her head incredulously at the Davidhazy boys.

I was very proud of Wes that day, and every day since. Though he passed away today, I am very happy with the 14 years we’ve spent together traveling hundreds of thousands of miles around North America. He was a good friend to so many wonderful people, and they to him. In that way, I am no different.

So many people seem to be just like their dogs, but not me. He represented everything that I would wish for myself; genuine kindness, unconditional love, social exuberance, and no patience for feeling sorry for himself. I am at the same time a lesser person without him and also so much better off for the experience of him.

Whenever I just jump, I think of Wes.

Wes stole the show with his brief role at the beginning of this movie: